In addition, the seminary has opportunities to reach out worldwide. As congregations serve refugees and immigrants, they introduce the PSI Team to candidates for gospel ministry. In many cases, those spiritual leaders want training for themselves, and are looking for ways to serve the people of their home countries and to train leaders there. Christians living throughout the world contact WELS Board for World Missions for similar gospel training. Through a partnership with WELS Joint Mission Council, PSI evaluates and serves these groups, churches, and communities who want support, training, and connection to a church body that shares the good news that the Bible is true.

Through PSI, professors also teach and consult on curriculum at seminaries and Bible institutes around the world that are in fellowship with WELS. Since the program began, faculty members have taught in Apacheland, central and south Asia, Ethiopia, Germany, Hong Kong, India, Indonesia, Malawi, Nepal, Nigeria, Portugal, and Zambia. Each year they serve well over 100 students.

Vlad Horpynchuk has wanted to be a pastor his whole life. As a member of the Ukrainian Lutheran Church (ULC), though, that wasn’t going to be easy. In 2013-14, political struggles and religious persecution were making it hard for Christians. Vlad, then 20 years old, was made a deacon of his church in the middle of the night. Through the world missions relationship between WELS and our sister church in Ukraine, Vlad was connected to Wisconsin Lutheran Seminary. Vlad’s first task was to learn the biblical languages. To prepare Vlad for his studies here at the seminary, Professor Sorum used online courses and study sessions by Skype. To encourage and assist him, Rev. Jon Bare also made an in-person visit to Ukraine.

After working with the PSI team for a year and a half, Vlad and his wife, Mariia, began the process of applying for a student visa. They arrived at the seminary in the fall of 2017. Mariia’s visa doesn’t allow her to work, but “she likes it here because she understands we are here to do mission work, to be a servant of Christ,” says Vlad. “I am blessed with a wise wife.”

Vlad is also thankful for the blessings that come from being surrounded by other seminary students. “This is our holy hill. We are always meeting God-people who are sharing the gospel. It builds faith, makes you stronger,” he says. “This is how the Holy Spirit works.” He also enjoys being connected to a supportive brotherhood. “The spirit of seminary is that you are not alone,” he says. “Someone will answer your call at midnight and not yell at you.”

Vlad, who has a degree in economics, sometimes struggles in the classroom here. “I see how well students are prepared and cannot follow them as well,” he says. “I sometimes feel like an anchor, making the class go slower.”

“We don’t perceive him as an anchor. We are delighted to have him in class,” says Sorum. “It’s a blessing for our students to see how large our extended confessional family is. He has the full support of the entire faculty.”

While Vlad may be the one in the classroom, Mariia is joining in other experiences. Sorum’s goal is to give Mariia and Vlad a wide-ranging experience in mission training and expansion. In January 2018, Vlad and Mariia traveled to Reno with the Winterim outreach course. Vlad says regarding that trip, “if you aren’t eager to start talking, you learn to overstep your personal barrier.”

Vlad’s level of discomfort with door-to-door canvassing is understandable. The canvassing done in his home country by “Jehovah’s Witnesses and Seventh Day Adventists makes Ukrainians unfriendly to people who knock on the door,” he explains. Plus, “people might call police.”

Now that he has had the experience of knocking on doors in the States, he feels “it’s embarrassing to be shy to knock on the door.” He had a range of experiences, from a woman who opened the door and started crying to also getting yelled at.

The goal for this trip wasn’t to expose him to one tactic and say, “Vlad, you need to do what we do,” says Sorum. Instead, “the value of Vlad’s participation in this mission experience is that it will help him evaluate opportunities,” says Sorum. “We want Vlad to meet mission-minded pastors and members who will show him not just outreach tactics but also an outreach attitude. We want him to drink deeply of a kingdom-oriented attitude that crosses barriers and politics in order to expand the kingdom.”

While Vlad and Mariia are enjoying the U.S., the human side of leaving home and missing family is still with them. “But it’s like moving from one home to another home,” says Vlad. That’s because everyone they meet is eager to help. From donations of winter coats to wise advice, “no one here ever said, ‘No, I will not share.’ It’s not so open in Ukraine. People in church here are eager to make you comfortable.”

While the people at church are happy to serve Vlad and Mariia, he is serving the church as well. For early field training, Vlad is serving at Christ Alone, Thiensville. He teaches Sunday school and helps with liturgy, which is a little different than the liturgy he’s used to.

Also, to help WELS members understand what it’s like for believers in the Ukraine, Vlad shares the story of Lutherans there. While most Ukrainians identify with the Orthodox church, he explains that before 1800, there were 30,000 Lutheran members. In 1939, leaders of the Ukrainian Lutheran Church were arrested and killed by the KGB, literature and buildings were confiscated, and many died in prisons and concentration camps. One pastor, Mykhailo Tymchuk, emigrated to the United States and dreamed of returning to revive the Church. In 1991 when the Soviet Union collapsed, there was freedom to preach the gospel. Tymchuk died before he could realize his dream. However, shortly before his death, he gave his blessing to representatives of Thoughts of Faith, a mission society of the Evangelical Lutheran Synod. The church has been rebuilding since then. In addition, the ULC has been given the right to reclaim some of the church property that was seized by the Soviet government and used as warehouses or atheist museums.

Vlad, who has three years of studies remaining, plans to return permanently to the Ukraine after graduation to serve as a pastor in the Ukrainian Lutheran Church. Vlad and the PSI team have an additional long-range goal: “Vlad’s study at the seminary has world-wide implications. Our prayer is that Vlad and Wisconsin Lutheran Seminary will work together in the future to provide pastoral training for more men in Ukraine who want to become Lutheran pastors,” says Sorum. 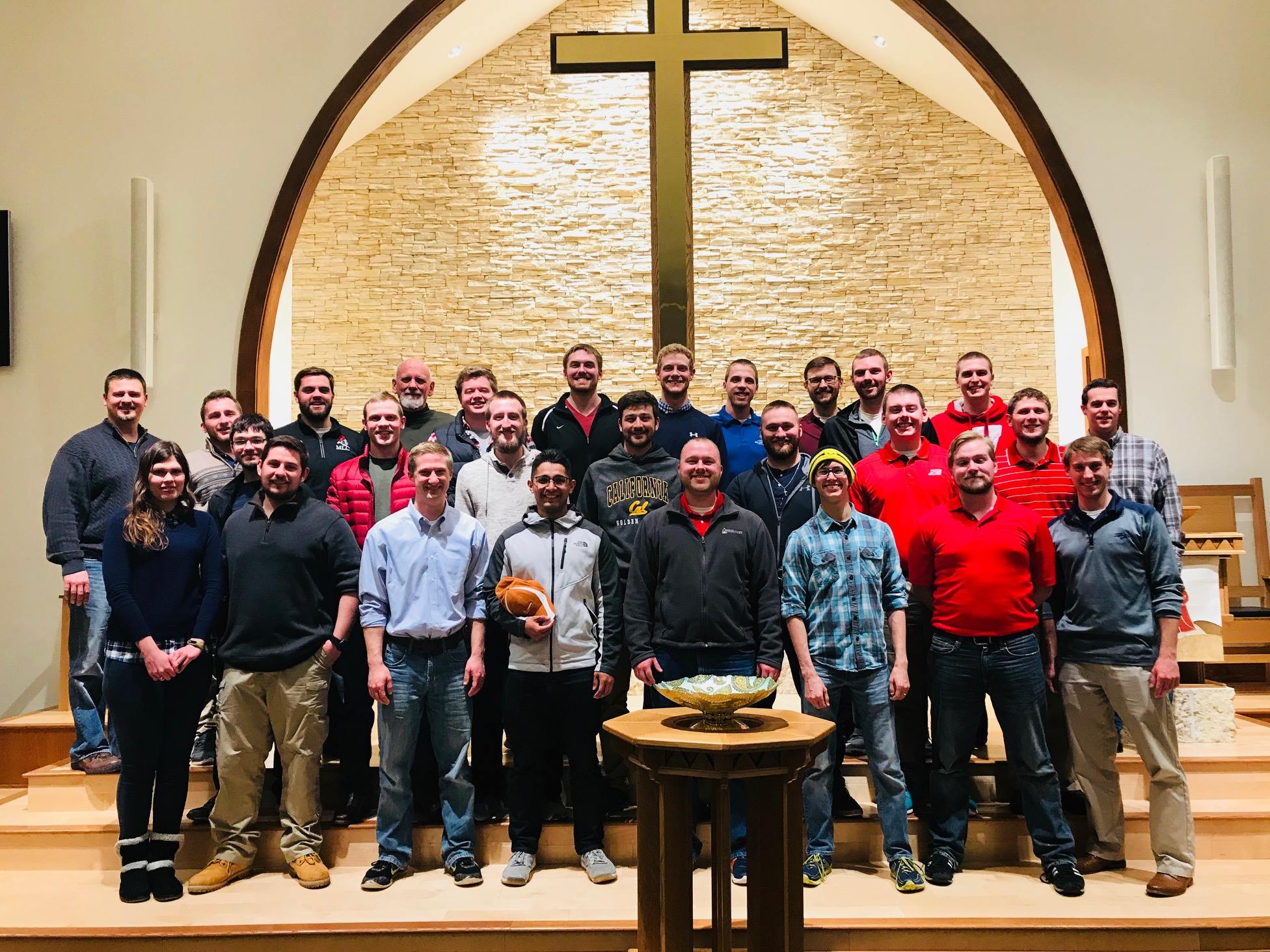