August Pieper, who served as a professor at the seminary from 1902 to 1941, and as president from 1929 to 1937, readily acknowledged that three years of seminary classwork weren’t enough. The seminary couldn’t provide the future pastor with everything he needed to know to serve the flock purchased with the blood of Christ. In the opening paragraph of his 1906 essay, “Scripture Study as the Special Task of the Pastor,” Pieper wrote the following about the training that candidates for the holy ministry received at the seminary: “The theological curriculum has only been able to offer them the most necessary things with respect to doctrine and practical skills. Therefore our candidates will never be sent forth into the ministry without the earnest exhortation that they be diligent in the continuation of their studies. For the faithful pastor, the entry into the ministry is not the end of study, but on the contrary only its proper beginning.” From Pieper’s perspective, the seminary served best when it focused on providing future pastors with the tools needed for a lifetime of Scripture study rather than endeavoring to teach them everything a pastor needs to know.

More than a hundred years later, the seminary faculty holds the same view. Professors recognize that they can’t teach their students everything in a specific discipline, in part because of their personal limitations, but also because of the limited time they have with the students. The professors, therefore, commit themselves to teaching future pastors “the most necessary things with respect to doctrine and practical skills,” while encouraging them to be lifelong students, both of the Word and of ways to bring the Word to the people Christ has redeemed. Freed from the idea that content is the only thing that matters, professors focus on teaching future gospel servants how to study God’s Word, how to assess situations in which the Word is to be applied, and how to grow in ministerial aptitude. They do so more by modeling an approach to the task than by providing a step-by-step guide or an itemized to-do list. In other words, the approach is as much caught as taught.

One of the significant changes to the training program for future pastors was the addition of a vicar year for all seminary students in the early 1960s. In asking for the addition of that year, the synod expressed its desire that future pastors be given an opportunity to learn from an experienced pastor how to carry out ministry faithfully and evangelically. Vicars gained practical experience in preaching and teaching, in caring for souls, in visiting the sick and homebound, and in providing leadership in the congregation. While they picked up specific techniques and helpful practices in every aspect of ministry, they also learned by observing how the pastor, day by day, interacted with God’s people and demonstrated his concern for them. In establishing a vicar year as a requirement for all students, the seminary prayed that future pastors would catch from their supervising pastor a gospel-centered approach to the ministry and a commitment to expending themselves in service to others day in and day out.

Thirty years later, the WELS Board for Home Missions (BHM) initiated the Vicar in a Mission Setting program, hoping to provide a handful of men in each class the opportunity to spend a year in a congregation whose primary focus was on reaching out to the community with the gospel. At the outset, the goal of the program was to prepare a small cadre of men who would be ready to serve either as church planters or as pastors of congregations that were being financially supported by the synod, whether that opportunity came immediately after graduation from the seminary or sometime later. The thinking was that men who had first-hand experience with a mission congregation would be better prepared to hit the ground running. They could pick up helpful tips and techniques for future ministry from mission-minded pastors. More importantly, however, they could learn simply by observing their supervising pastor in action each day. They would see, for example, how he engaged people in conversation, how he scheduled his time toward meeting people outside of the congregation, and how he patiently shepherded prospective members with the love of Christ.

The BHM has made a significant financial investment in the program over the years, heavily subsidizing the contributions made by the churches chosen to participate. Some of the congregations selected were missions by official designation, because they were receiving synodical subsidy for their ministry, while others were self-supporting congregations that remained focused on gospel outreach. In 2009, the seminary decided to work even more closely with the BHM in the program, committing in the range of $250,000 per year in support. The seminary’s contribution has allowed an average of twenty men to serve in an outreach-oriented congregation under a mission-minded supervising pastor.

The seminary sees great value in the program, not because it provides a future pastor with a ready-made package of programs guaranteeing congregational growth, but because it gives the vicar an opportunity to see the little things a pastor does to help a congregation focus on reaching people with the gospel. The vicar year is only a year. It can’t provide a future pastor with every experience he needs, but that year can help him catch a gospel-centered, people-serving, outreach-oriented approach to ministry. That’s applicable in whatever setting the Lord may choose to use him.

Small things in the big picture

Erik Janke (WLS ’18), who served as a vicar in a mission setting, shares an example of a ministry lesson he learned:

During my first week as a vicar, sitting at a bare desk, I read the introductory vicar materials. Among them was a short packet of information entitled “Vicar’s First Duties.” This booklet contained all the Sunday morning tasks to be completed at least a half hour before worship. Replace the microphone batteries; test the microphones. Make two carafes of hot coffee and cool the sanctuary temp down to 72 degrees. Unlock the doors and turn on the lights. Set up the camera and pick up any errant scraps of paper or grass.

At 5:45 on Sunday morning, enthusiasm did not come easily. Between the sleepiness and the preaching nerves, I just wanted the minutiae done. Coffee carafes and camera work felt like lesser work. I wanted to pit the means of grace against the menial.

Once my eyes opened (metaphorically and literally), I could see the bigger picture. Details could not be separated from the bigger picture: sermon preparation can be critically undermined by a faulty microphone, blazing (or freezing) sanctuaries are at best a distraction to the Word, and neglected grounds communicate apathy or disorganization to guests and members alike. Faithful stewardship of the means of grace means caring about the details. The small things serve the bigger picture. 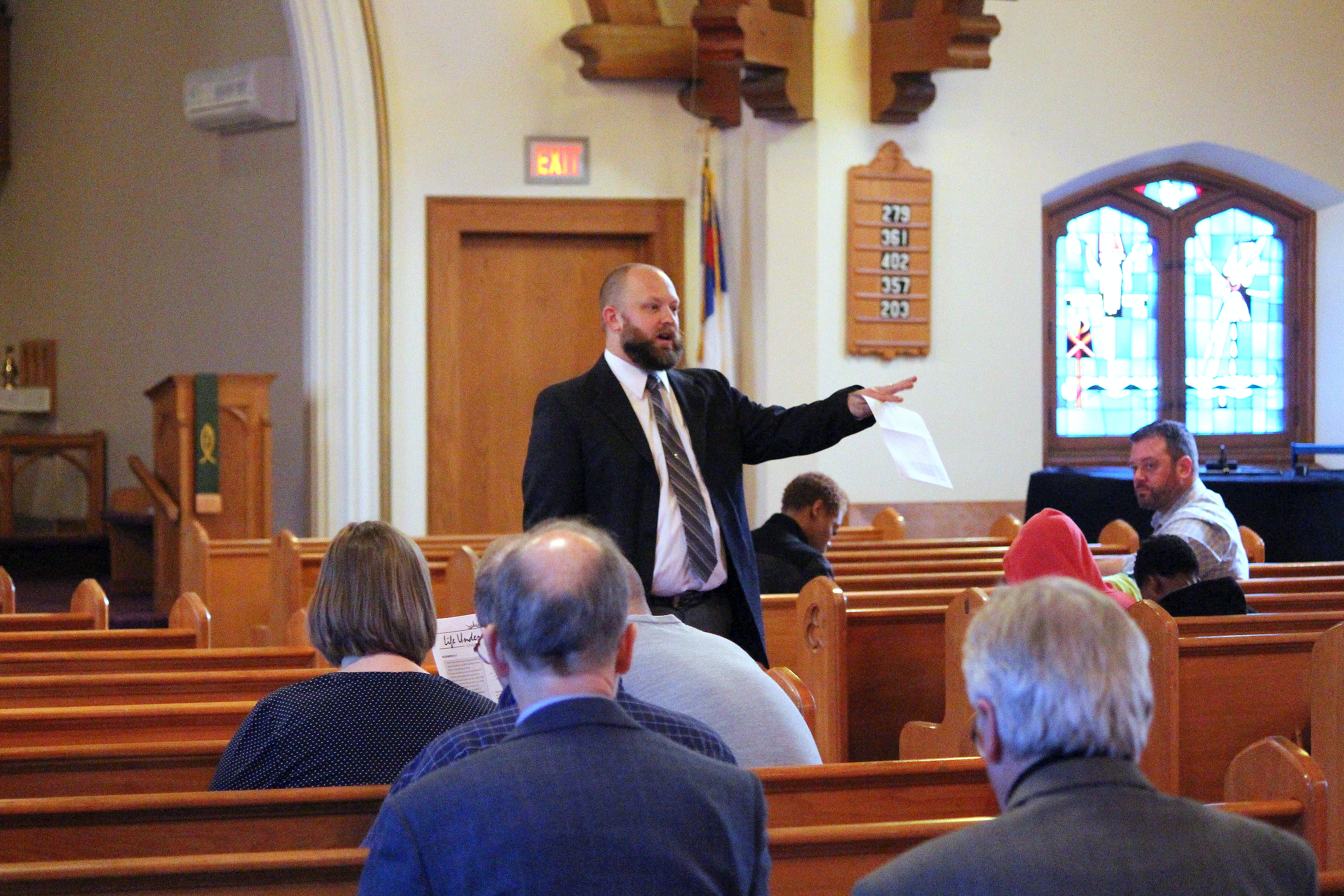 PreviousLuther and the Stories of God: Biblical Narratives as a Foundation for Christian Living
Next Do You Love Your Hearers? Then Speak of God’s Judgment!